Showing posts from March, 2009
Show all

She Taught Herself To Pee On the TOILET!! 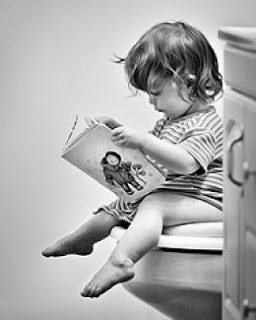 Oh my goodness, you are all so lucky...you have a Guest Blogger !!! Aunty Shelby is on the scene tonight, having put Lindy in charge of sorting out my beads that got all mixed up...about a fifty hour job she'll do great. It's been a couple of months since I've seen my niece and I was blown away by how smart she is for such a wee little person! She knows how to unlock the tiny twisty locky piece on a doorknob when the doorknob is locked, she knows how to sign for 'more' when she wants more food, and now she's taught herself how to go pee on her little toilet!!! After her bath tonight she was bolting around here in her birthday suit, doing laps around the kitchen table, hiding and giggling, then suddenly disappeared. My sister noticed she'd gone into the bathroom and was checking out her little toilet...then sitting on it...something totally new. My sister brought it out into the middle of the livingroom to give Aunty Shelby a show and tell of her new sk
Post a Comment
Read more 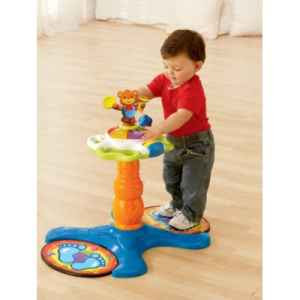 March 26, 2009
I know she loves music. What baby doesn't? We listen to music every single day; she gets such a big smile when I turn the music on. I didn't realize, though, how much she loves to dance. We have a little boy starting childcare on Monday; he's been coming everyday this week for a couple of hours to get familiar. I've noticed a lot of differences in her just by having another child around. One of them is her love of dancing! She dances all the time but, today I put on Raffi and she just kept moving almost the full length of the cd . She would go play with toys and then out of nowhere would break into the classic toddler squat-bounce move. She would walk in circles and spin around and come back again. Her spins were as graceful as her heavy toddler head and disproportionate body would allow. She even added some music of her own by picking up the shakers and shaking away to the music. Toddler dancing is a real special thing. It was beautiful * tear I picture
Post a Comment
Read more 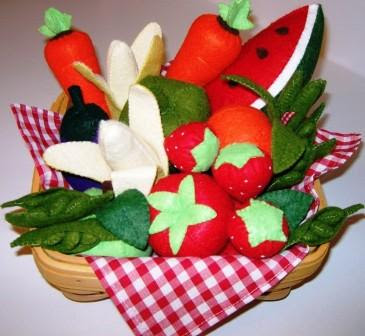 Turns out I don't know how to create a link but here is an example of what felt food looks like;
Post a Comment
Read more

The Play Kitchen Needs Some Love 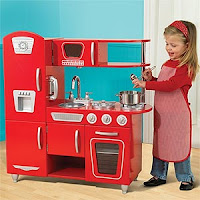 I've been racking my brain trying to think of what to put in her play kitchen. I know, I know, dishes and food, duh. But, you see, she's only 17 months old and if I put fake food in there she's not really going to understand what to do with it. I mean really, it won't be pretend food to her just fun toys to spread around the house -- not that there's anything wrong with that. When I do put food in there I'm going to make felt food . I'll be sure to take pictures (maybe I'll have a camera by then!). If any family or friends find themselves bored one day, feel free to whip up some felt food for Little One's play kitchen! In her kitchen now are just the pots and pans that came with it. She loves her pots and will often go to her kitchen and start tinkering with them while I'm cooking. She'll grab one and bring it to me at the sink and grunt to say that she needs some water in it. It is pretty hard to cook without water isn't it? So, I put
1 comment
Read more

Keeping Food Additives Out Of My Child 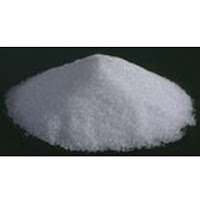 We figured out why she threw up all over me the other night. She is allergic to MSG and I am elated! You know, there's a lot of crap that I don't want my child to eat. For me to say, "please don't feed that to her" requires a lot of balls -- which I don't always have. A simple request of, "please don't feed that to my child" is usually responded to with; "oh come on, she can't have treats?" "what's this going to do to her?" "you can't protect her from everything " or my favorite, "you give her all organic carrots now, but then one day she'll eat a non-organic carrot and then Bam! Her body won't be used to it" OK -- a carrot that makes my kid go Bam! shouldn't be consumed by any member of the human population and be immediately reported to the Food and Drug Administration (FDA). NOT that they would do anything about it... So, I am elated that she is allergic to MSG. Because now I
3 comments
Read more

March 17, 2009
We've been sick. She started it. Last week her dad and I took her to the emergency room in the middle of the night. We thought she had croup (is that how you speel it?). It wasn't croup, just a very bad cold. I was enjoying being a nurturing mamma and nursing her back to health all week. We went for stroller rides everyday and I wore her in the Ergo a lot. I was happy because after about three days I still was feeling great and wasn't catching her cold.... Then late one evening we were visiting a friend downtown... I could feel the cold coming on. My nose was just a little too congested and I was sure it wasn't the pollution. I was feeling just a little too tired. In the morning, sure enough, I woke with a cold. Nurturing mamma was gone. ~ I just have to give a little history here ~ She has been sick, dad has been working a lot of overtime or had other things going on over the past couple of weeks and, as a result, I haven't been getting many breaks.
2 comments
Read more

March 13, 2009
My baby is such a genius; I get told all the time. She can: ~ Climb onto the kitchen chair 12 times in a row -- new today! ~ Turn off my stereo while my rock music's playing, then toddle all the way into her bedroom to turn on her stereo -- and her lullaby music. ~ Poor her milk or water on the floor when she's finished drinking. ~ Clean up her milk and water with a towel. ~ Retrieve the jar of raisins from the pantry every morning and tell me (grunt at me) that she wants some -- you know, to tie her over until breakfast. ~ Help herself to anything in the fridge if I turn my back, even for a second. ~ Come to a dead stop as soon as she hears an airplane in the sky and then watch as it flies over. ~ Sign "more" when she wants, well, more ... even if it's the middle of the night and she's not done nursing, she still manages to sign "more" with her eyes closed and in a half sleep state. ~ Put the coins in the coin slot for the ph
3 comments
Read more

March 09, 2009
She loves my homemade applesauce. I make it almost every morning to go with our breakfast (gotta get in those fruits). She's always enjoyed eating whatever food I put in front of her. We have our routine: First, we go wash our hands at the bathroom sink. I have to act fast as once she has soap on her hands it's straight into the mouth - uck. Once she's all clean, we head back to the kitchen and I plunk her in her highchair. Then, I put on her bib (all the while her hot food is cooling down in the freezer) and grab her basket full of cutlery. I say, "pick a spoon/fork" (depending on the meal) and she very thoughtfully holds her hand out and ... chooses ... a ... spoon ... ... not that one ... ... maybe ... this one. After standing there holding the basket for way too long, I count, "1 - 2 - 3" at which point she grabs a handful and I put the basket away. I bring out the food and she quickly narrows her cutlery choice down to two (one for each hand) a
Post a Comment
Read more

March 06, 2009
OK here's a test. Let's see if I can type this blog entry in less than 6 minutes. I am at the library and am on the 'express' computer (all the one hour computers are taken). She has discovered her belly-button. She'll lift up my shirt and try to poke mine but I never let her -- who likes getting their belly-button poked? Ugh. I was reading a book that Grammy got her before naptime yesterday caled, "Where's Baby's Belly-button?" Every page has a different body part to find. I don't ever "teach" children as they figure it all out on their own (and she does). We went through the book a half dozen times. Her favorite page was the 'hand' page -- 2 minutes. At playgroup yesterday we got to do head and shoulders knees and toes... She nailed it!! Well sort of -- she liked touching her feet and her ears too. Hasn't quite got mouth yet. 55 seconds, gotta run. Later!!
1 comment
Read more
More posts